With a name like Mother Earth, it’s perhaps no surprise that the idea for this Kinston brewery took root in co-founder Stephen Hill’s garden. Every summer, Hill created his own organic tomato juice and mixed it with beer – a concoction that became popular among his family and friends. Hill, along with his son-in-law Trent Mooring, took notice of the demand for this unique, locally-grown creation, and soon their business plans to open a brewery began to blossom.

“It’s a recipe that was passed down to me from my uncle and everyone loved it,” Hill remembers. “We basically started a brewery around that beer.”

Lucky taproom visitors can still enjoy the celebrated drink, but only during the month of August when Hill’s tomatoes are ripe on the vine and ready for juicing.

In addition to their passion for beer, Hill and Mooring are deeply committed to revitalizing their downtown Kinston community. Both founders were raised in the area and are thrilled with the growth that Mother Earth’s neighborhood has experienced since the brewery opened in 2008. “You look at the brewery now and it seems like it’s in the perfect location,” Mooring said. “But when we built this brewery, everything was kind of dead around it.”

Past tenants of the building included a cotton gin, barbecue joint, Coke bottling plant, and North Carolina’s first drive-through pharmacy. Prior to purchasing the property, the building sat empty and boarded up for years. However, thanks to Hill and Moorings’ vision and a little sunlight, the corner space has been revived. Visitors can tour Mother Earth’s brewery and distillery, buy merch and beer to-go in the gift shop, and enjoy a selection of classic and seasonal beer in the modern taproom. One taproom wall features three bright tapestry paintings created by Hill, Mooring, and their brew master, Josh Brewer. “It’s the most local art you can find,” Hill joked.

Today, Mother Earth Brewing attracts tourists not only for its balanced beers, but also for its noteworthy building. Though the inspiration for their brewery’s name came from a Nitty Gritty Dirt Band song, it came to hold even more meaning as Hill and Mooring constructed their building using environmental and sustainable practices. In 2013, Mother Earth became the first production brewery to gain LEED® (Leadership in Energy and Environmental Design) gold certification.

“We didn’t intend to become LEED® certified, but as we were building we used a lot of found and reclaimed products. For example, we busted out a bricked-over window and then reused that brick to build a wall downstairs.” Mooring said. “Once you start doing things like that, you kind of get the bug and want to see what else you can do.” (Watch the video above to learn more about the building and its green renovations.)

Though the LEED® certification process took countless conference calls with the US Green Building Council and over a year to complete, Hill and Mooring have enjoyed the process of adding new character and purpose to such a storied building in their community. 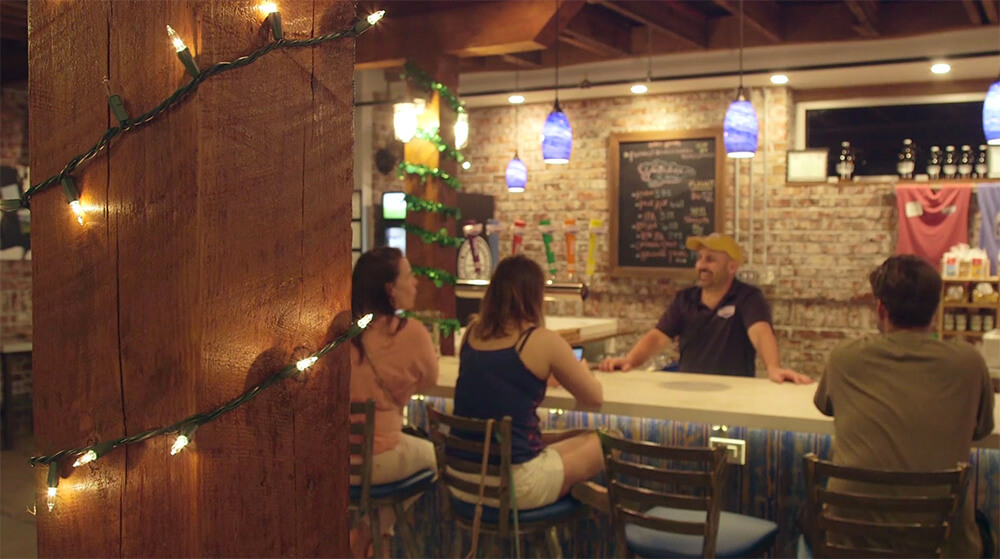