As a girl growing up on Meadow Lane Farm, Martha Mobley learned early on that farming is a high-stakes game, and the forces calling the shots are impossible to persuade. When it was time to sell the cattle she had raised since birth (and named things like Black Jack and Alfalfa, for that matter) her father, Quinton Samuel Leonard Jr., would remind her that this was part of the circle of life upon which their family had hung its shingle generations before. When summer lightning lit the barn on fire, Martha’s parents watched the uninsured building, and all the uninsured hay within, burn to the ground. All animal farmers know that extra hay is an insurance policy unto itself, socked away for when drought hits.

More recently, it was the unexpected death of her husband, Steve Mobley, that struck Meadow Lane Farm to its core. The two married in 1989 and had worked her family’s land, a 1,000-acre Century Farm nestled in the hills of Franklin County, since the early 1990s. The couple was highly educated and armed with numerous agricultural degrees. Though in recent years they have had the help of Mario Villamil Delgado, a seasonal worker whose expertise and workmanship is unparalleled, she said. It was Steve who pulled on gloves and helped birth stubborn kids (baby goats) in the depths of winter. It was Steve who initiated their two acres of organic produce just a few years back. It was Steve who reveled in socializing with customers each Saturday morning at the Durham Farmers’ Market. The couple had no children, and his death last August was a shock that Martha, the only surviving member of her immediate family, had not planned for. He was only 58.

Yet she knew right away that her grief would be a catalyst for initiating something she and Steve had been talking about for some time. After scrambling to secure interns for her first winter without Steve, she began planning. Last month, over 200 people gathered on a perfect evening, one of the last truly warm nights of summer, to celebrate Steve and raise money for a grant in his honor. The first annual “Dinner in the Meadow,” the formal fundraiser for the Leonard-Mobley Small Farm Fund, was held Sunday, September 21, 2014. WUNC radio show host Frank Stasio, a longtime Meadow Lane customer and consummate Durham Farmers’ Market presence, served as moderator to a panel of small farmers. They discussed the challenges and joys of their profession in relation to why it matters that small farmers succeed. 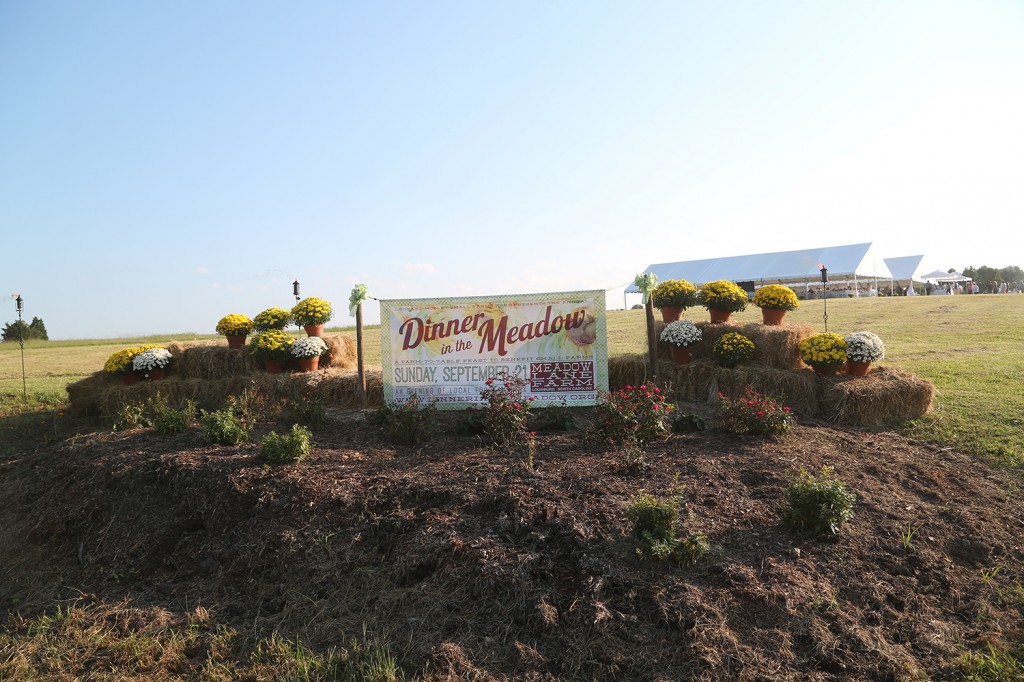 Under one of the biggest skies available in the hills of Franklin County, the smell of goat pâtê, freshly cured pancetta arrotolata and fennel grilled ribeye with fig demi-glace (all from animals raised on the farm) mingled with what can only be described as that farm smell — freshly mowed grass, dirt, weeds making themselves temporarily content, and space.

It was the latter of these aromas that was the most enticing for Steve.

“This was Steve’s favorite spot on the farm to go with the dogs and relax and think,” Martha said. Her mother, Marjorie Gardner Leonard, “would also drive her Buick to the top of this hill and watch hay being baled and gathered for use in the winter months.”

Martha could feel their presence the entire night.

Though Steve was in his 30s when he moved onto Meadow Lane Farm, he never took for granted, not for one moment, his fortune in being able to farm in the first place. Raised in Raleigh, the city boy yearned for a rural life. He often spoke about the hardships faced by young farmers, or simply those starting from scratch. Renting equipment and leasing land, not to mention the steep learning curve that no amount of passion can lessen, are just a few of the hurdles small farmers face, and he and Martha had talked for years about establishing a grant to help offset these costs.

Martha is still unsure of the exact criteria for the grant, which will be in the $5,000 to $8,000 range. She knows for certain that it will go to a farmer who grosses less than $250,000 per year (the state minimum to no longer be considered a small outfit, which is the case with most farms in North Carolina).

To small farmers, the fact that anyone has taken the time to create a grant for them, let alone a fellow small farmer – during a year of bereavement – is remarkable.

“It means a lot to me,” said longtime friend Robert Elliott. He started Cypress Hall Farms just two years ago after being laid off as a contractor for the U.S. Marine Corps. “You know, nobody knows farmers like other farmers and the stuff we have to go through.” Many support small farms and want nothing but the best for them, “but to be honest with you, likes on Facebook don’t pay the bills. A hundred dollars at times for a small farmer can mean the world. A scholarship or grant that’s this big can really take your ideas and dreams to the next level, and possibly make you very successful in farming.” 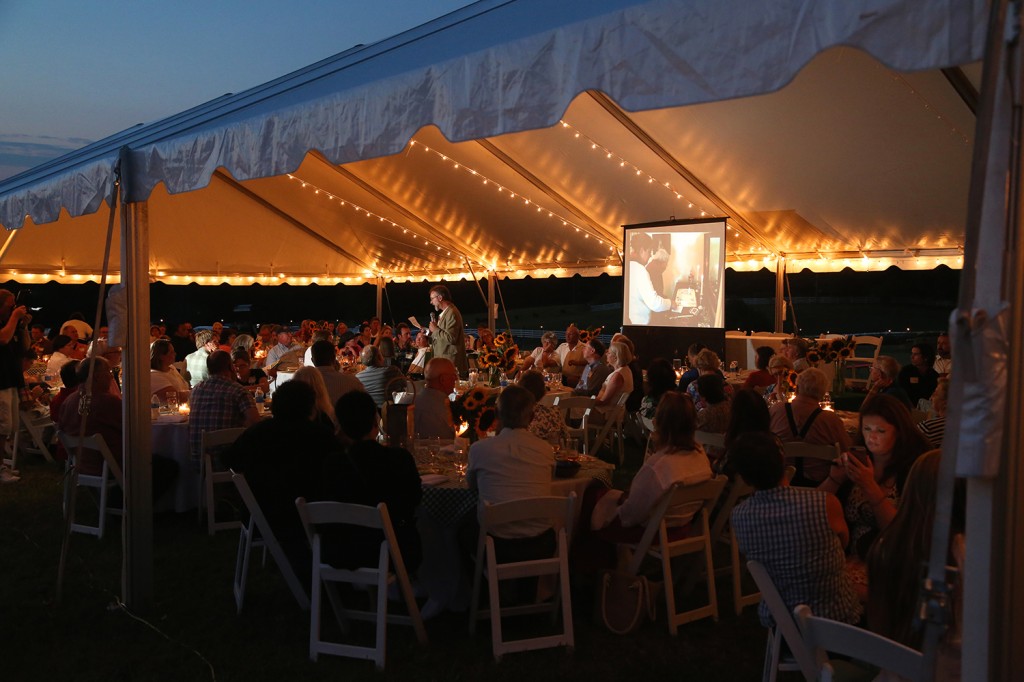 He, like many of Martha’s farming colleagues who attended the dinner, say Martha has always been paying it forward, whether it’s running workshops for small farmers through her job as an extension agent or pointing folks towards potential grant programs. Looking forward, she hopes to invest in machinery that neighboring farms can sign out, sort of like a lending library for farming equipment. There’s no reason farmers should have to invest thousands into machines they will use but two or three times a year. She has a $1,000 bill pending for a recent repair on a 16-foot bush hog.

“Believe me, I wouldn’t be here without Martha and her help,” Elliott said. He raises pigs, shitakes, chickens, ducks, among other things. “Pretty much everything that I’m doing today is because Martha has pointed me in that direction.”

Martha can be found Saturday mornings at the Durham Farmers’ Market. Certain products from Meadow Lane Farm can also be purchased at her farm by appointment and at Lowes Foods. This time of year she is selling pumpkins in any number of autumnal shades of orange, white and blue. She and Steve often played the role of pumpkin fairies for the neighborhood children, leaving them on the unsuspecting doorsteps of friends in Louisburg.